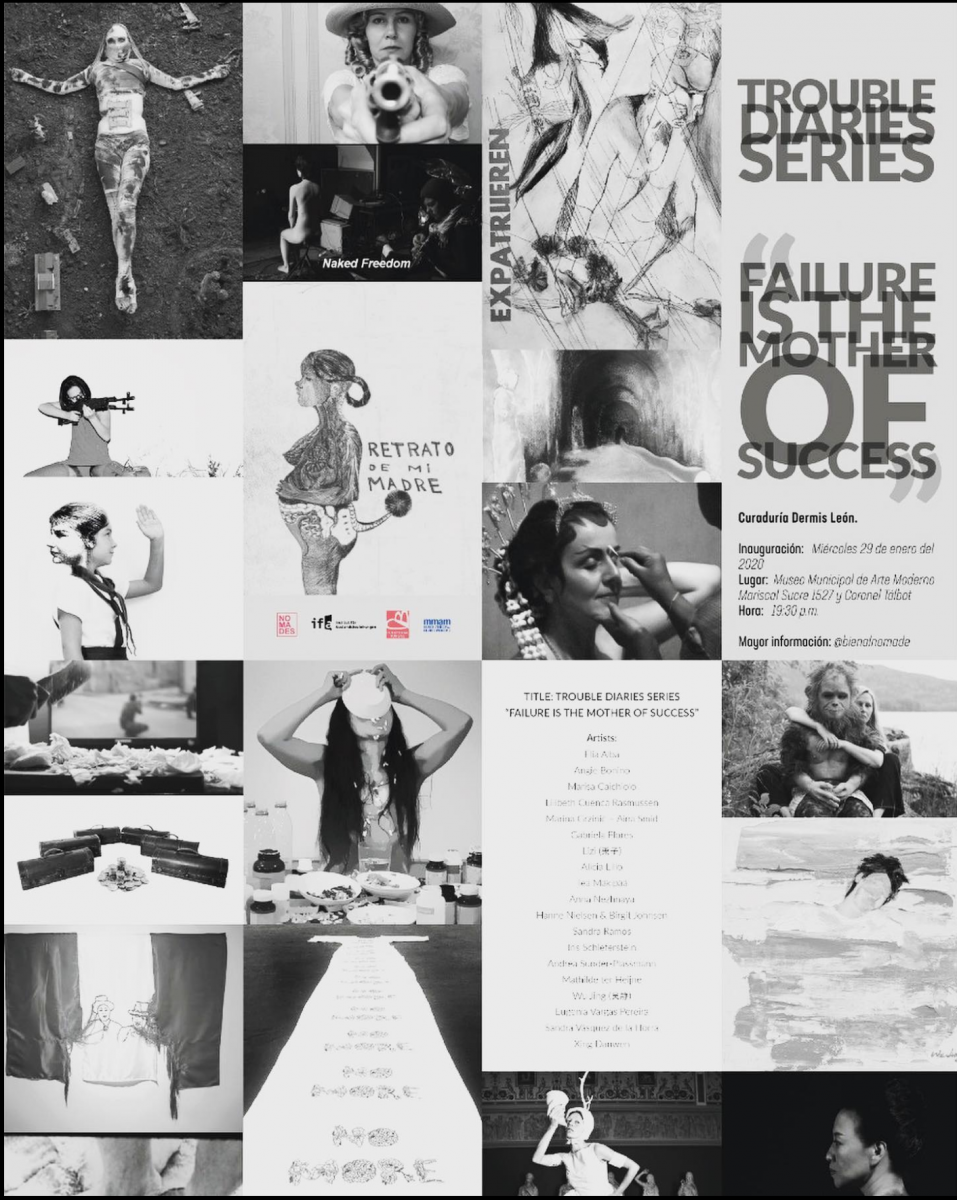 The series of “Trouble Diaries” brings into account another perspective in the way in which artists employ strategies of performance while also appropriating traditional genres, to reveal how the female body becomes a political subject when exposed as a critical weapon. The core concept for these artists, whose work centers on the body, can be traced to Judith Butler who declared that gender is a cultural construct. Your body does not belong to oneself, but is subject to public scrutiny, and your personal diary becomes part of a public agenda