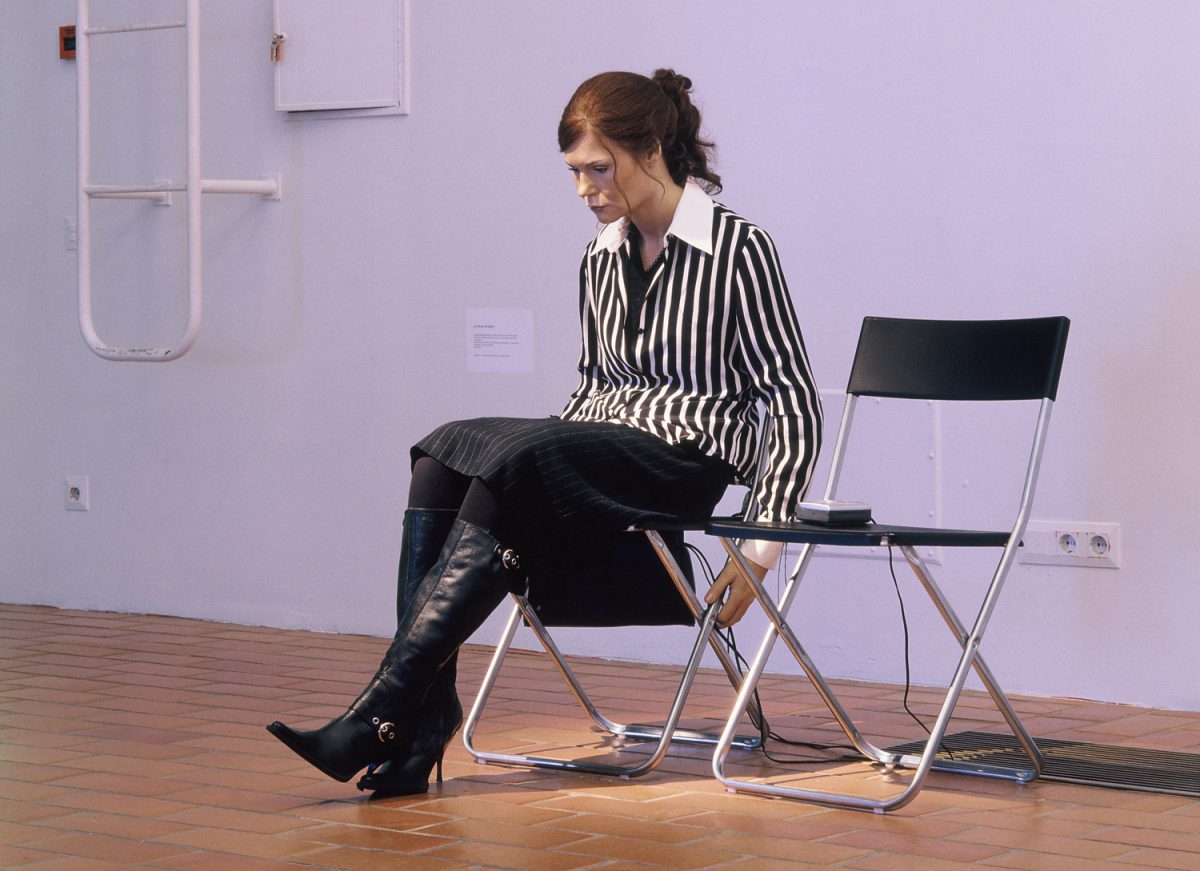 The title of this work refers to the first book The Divided Self, 1960, by the psychiatrist R.D. Laing. Influenced by existential philosophy, he went against the psychiatry of his time by taking the expressions of the patient as valid communications of lived experience or reality rather than as symptoms of some disorder. In his book, Laing defines sanity and madness as “degrees of conjunction and disjunction between two persons where the one is sane by common consent.” The person who feels estranged from itself and society cannot experience either himself or others as “real.” He invents a false self to confront both the world and his despair. The fragmenting of his real self matches with the growing dominance of his false self until the whole personality, in case of a schizophrenic breakdown, disintegrates. In Examination into the History and Typology of the Poetry of Phonetics of 1988, Christian Scholz examines the relationship between schizophrenic and phonetic poetry in which language is reduced to rudiments. It is freed from all conventions and alienated past recognition. From the head of the dummy, a double of the artist, a “sound poem” is heard, from the dictating machine one hears the artist cursing and making accusations.

This work has been shown at
Urban Creatures, Pori Art Museum, Pori, Finland, 2006
This is not a love song, Susanne Vielmetter Los Angeles Projects, Los Angeles, 2006

Asshole! ASSHOLE!
Finally take the responsibility
for the things you did..
It’s your fault.
You are guilty.
You are evil.
You have clearly won.
Congratulations!
You succeeded in letting me feel nothing
anymore for you.
Nothing good and nothing bad.
You are mediocre anyway.
You could be thankful,
that you have someone like me
as an enemy.
You are a stupid bitch.
It is just about your ambitions,
your ego,
your inferiority feelings
and some kind of other need.
Your system based on misapprehensions
is quite perfect.
But it doesn’t convince me.
And everything that comes out of it
evaporates very fast.
Anyway, I have the right and freedom
to say at some point:
There is no point of return.
You will never get it.
In whatever form.