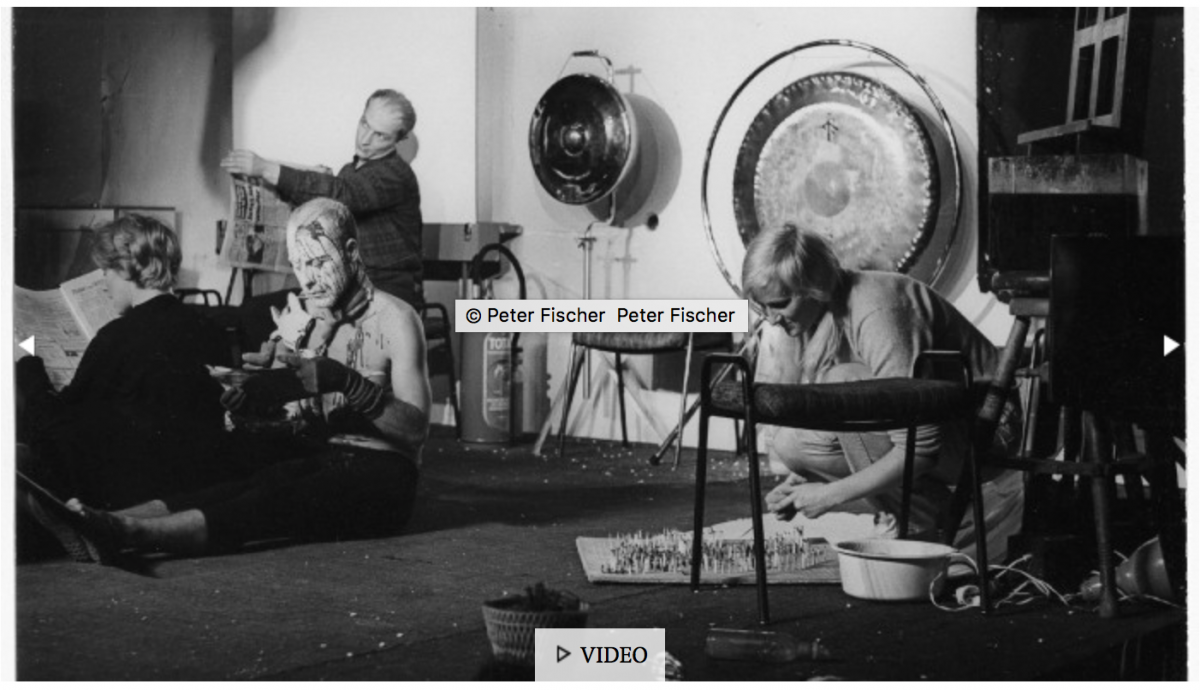 Karlheinz Stockhausen’s musical theatre work<em> Originale</em> (Originals, or „Real People“) , composed in 1961 during a trip to Finnland, is closely related to the history of the Fluxus movement. It was<i></i><b><i> </i></b>written in collaboration with the artist Mary Bauermeister and was first performed in 1961 in Cologne. In Originale Stockhause combined his electric acoustic composition KONTAKTE with an happening and eventscore and the specification to make a theater of non-representation, in which the participants perform ‚themselves‘.